A Win for NYC Students: Our work this summer on the new discipline code 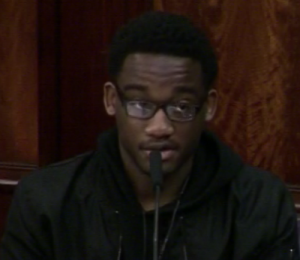 Over the past many weeks I’ve traveled to all corners of the City and across all five boroughs to attend community engagement sessions set up by the Department of Education (DOE) to discuss needed reforms to the Student Code of Conduct. School has now begun after I spent my summer getting familiar with old and new Discipline Code documents – documents I, a rising junior in high school, had not seen before.

To those who are less familiar, the Discipline Code mostly includes a list of rules that are followed up by a list of punishments, ranging from having to go to the principal’s office to an expulsion. The Code’s main purpose is to outline these potential school reactions to unwelcome actions of students. All summer long the City has hosted conversations on the Code because they recognize that there is a better way to respond to students and that a punitive approach to resolving conflict needs to stop.

As I was often the only student in the room, or the only student in my discussion group, going to these engagement sessions felt initially out of my boundaries but I quickly adjusted. I learned more about the rules behind the situations I see in my school. The adopted changes take a big step by making many of those listed reactions less punitive, and capping long-term suspensions to twenty school days. That’s a huge improvement from what was up to an entire school year of suspension time in previous years.

It’s important for me and other students to see this new document, as the harms of suspensions are heavy. Think about it like this – suspensions take students out of school and, for many, schools are a safe place. At the same time many students feel like they are lost without their peers. For students who are already going through a lot, a suspension pushes students out of their support system. It makes whatever students are going through that much harder. Imagine all the factors teenagers go through, and the impact of a suspension on students who haven’t even found themselves yet. Experiencing a suspension puts a stigma on students and tells them that they do not belong in schools.

The ultimate goal is that we need to end suspensions as a whole. If we move forward with implementing restorative justice in all schools we can end these punitive responses. Right know the DOE is almost making this a foreseeable reality. With a lot more hard work, and efforts like this, we can see true justice in our schools.