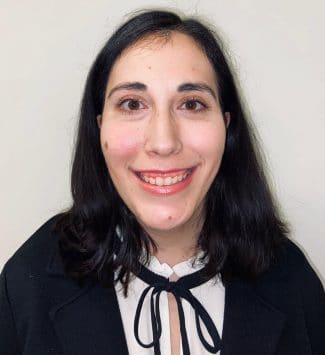 Medicaid provides comprehensive and affordable health care coverage to 50 percent of the children in our State, most of whom live in households earning less than 154 percent of the federal poverty level.  Medicaid is especially critical for children under the age of three in New York, with 60 percent of this demographic receiving needed coverage under the program.  And children are certainly not the only New Yorkers who Medicaid serves – about one out of every three of our State’s residents, or 6.3 million people, are Medicaid beneficiaries.

Because Medicaid plays such an important role in the lives of low-income children and other vulnerable New Yorkers, we must safeguard it and ensure that adequate funding is available to meet the needs of its beneficiaries.  One threat to Medicaid’s future is New York’s Medicaid Global Cap, which was established by the Cuomo administration back in 2011.  The Cap prevents New York’s Medicaid program from ensuring that there is sufficient funding to meet the needs of all of our State’s Medicaid recipients.  The Cap is set by limiting annual growth of the program to the 10-year rolling average of the medical inflation rate.  This means that whenever the current costs required to meet beneficiary needs exceed the decade-long average, an artificial “budget gap” is created.  When this happens, the Health Commissioner is allowed to reduce Medicaid provider payments.  If these payments are cut too much, the quality of services may be diminished or there may not be enough providers willing to accept smaller payments.  As a result of the Cap, the Cuomo administration has identified a $2.5 billion Medicaid “budget gap” for the next fiscal year.

The Medicaid Global Cap is flawed for many other reasons.  While the Cap accounts for inflation, it fails to properly take into consideration the overall growth in health care costs, demographic changes due to an aging population, population needs during epidemics or natural disasters and the higher care costs associated with complex patient needs.  The Cap therefore does not match our beneficiaries’ needs for vital care and services.  Furthermore, the Cap creates an artificial shortfall for vital services that enable our most vulnerable New Yorkers to remain healthy and independent members of society and provide for their families.

CDF-NY is far from the only organization in New York calling on the Legislature to repeal the Medicaid Global Cap.  Health Care For All New York (HCFANY), a statewide coalition comprised of nearly 170 consumer-focused advocates and organizations, also calls for eliminating this artificial – and inherently restrictive – construct, realizing the inevitable strain that it will ultimately place on our State’s Medicaid beneficiaries.  Rather than using the Medicaid program as a scapegoat for New York’s fiscal woes, our State should turn its focus towards raising revenue to balance the budget.  CDF-NY is proud to stand alongside these groups in urging the Legislature to eliminate the Medicaid Global Cap once and for all.  The current and future livelihood of New York’s most vulnerable children – and, consequently, of our entire State – depend on it.

Click here to read more about CDF-NY’s position on eliminating New York’s Medicaid Global Cap in our written testimony on the Governor’s Executive Budget Proposal, or watch our hearing testimony below.