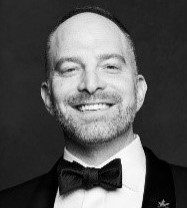 David Bruson has spent over 15 years in the entertainment industry and got his start working as Man Friday to Australian megastar, Dame Edna Everage. In his current role at Nickelodeon, he connects celebrities and Nickelodeon’s large roster of on-air talent to pro-social opportunities, as well as to Nick’s own signature initiatives The HALO Awards and The HALO Effect. In 2014, He created Nickelodeon’s environmental platform for kids: Get Dirty. In 2016, Get Dirty was honored with a Cynopsis Social Good Award.David spearhead Nickelodeon’s corporate giving strategy and manage key sponsorships with organizations such as Big Brothers Big Sisters and Boys and Girls Clubs of America, Special Olympics, and Share Our Strength. He liaises with government agencies, the Office of the First Lady, and The White House. His association with the professional theatre industry continues through his work advising such institutions as the National Theatre in the UK and the American Theatre Wing in the US. In 2017, he will sit on the American Theatre Wing’s Gala Committee, devising programming and fundraising strategies for the September gala marking the 100th anniversary of the American Theatre Wing.