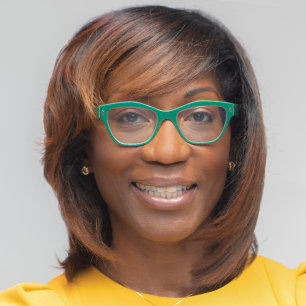 Kercena A. Dozier is the executive director of the Children’s Defense Fund-NY. Kercena has a wide array of substantive experience in fighting poverty in city and state government, on a grassroots level, in partnership with unions and as a staffer for a CDFI’s community development corporation. Additionally, in a volunteer capacity, Kercena helped to start her church’s social justice ministry. Previously Kercena served as the chief of staff for a New York State Senator whose district covered Harlem, East Harlem and the Upper West Side. As chief of staff, Kercena managed a Harlem in-district office and an Albany legislative office focused on voting reform, education justice, M/WBE support, criminal justice reform, millennial civic engagement, senior support, affordable housing, economic justice, gun violence prevention and equitable COVID19 response. Kercena also worked for the nation’s largest social services agency, the NYC Department of Social Services (DSS), as the Director of Community Affairs for the NYC Department of Homeless Services (DHS). At DHS, Kercena was intentional about framing homelessness as a women of color and children of color racial equity issue that is rooted in systemic poverty. Through an initiative she created titled “I Am My Sister, My Sister is Me,” she brought leaders in the faith, government, legislative and nonprofit sectors together to discuss the drivers of poverty and to inspire compassion and collaborative action to address citywide poverty and homelessness. Kercena’s entire professional career has been focused on fighting poverty. She was the NYC Faith Organizer for the Fast Food Forward, Airport Worker Economic Dignity, and #RaiseUpNY campaigns. In each of these campaigns, the coalition that she was a part of achieved success at raising the wages of low-income workers in the fast food and airport industries as well as throughout the entire state through authentically engaging and organizing impacted individuals and communities.