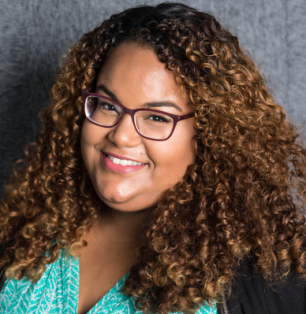 Maria Caba is the Youth Leadership and Advocacy Coordinator, overseeing the Beat the Odds® program and its alumni network.  Maria was born in the Dominican Republic and migrated to the United States at the age of two, as an undocumented immigrant. In 2013, she received Deferred Action for Childhood Arrivals. Since being granted DACA, Maria has adjusted her status; graduated from Hostos Community College of The City University of New York in December 2017; and enrolled in Hunter College of The City University of New York, where she is double majoring in Women and Gender Studies and Africana Latinx Studies. Maria is a Coro 2016-2017  Immigrant Civic Leadership Program (ICLP) fellow. Most recently, she served as the Director of Outreach for Atlas: DIY Empowering Immigrant Youth, a Brooklyn-based youth empowerment center, supervising and coordinating city-wide initiatives with city officials including the New York City’s Mayor’s Office and the Department of Youth and Community Development.  Under Maria’s supervision, Atlas provided legal screenings to over 2,500 New Yorkers and educated over 50,000 NYC immigrant youths and their families of their rights. She also co-created and developed the curriculum for Atlas’ Immigrant Youth Peer Educator Program (IYPEP), a program that empowers NYC youth with the knowledge and resources to become changemakers in their communities through Know Your Rights trainings. Maria works to elevate the voices of young people who are directly impacted by immigration policies and makes sure their voices are at the forefront of the conversation and the movement towards social justice.