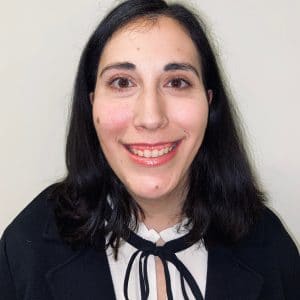 The COVID-19 pandemic has unequivocally laid bare the deep-rooted and irrefutable racial and ethnic health disparities that have long negatively impacted New Yorkers of color – and the devastating consequences such disparities can have.  But our State’s wide-ranging racial inequities are not limited to health outcomes or access to care; they encompass such broad areas as economic security and mobility, educational opportunity, involvement in the child welfare system and workforce disparities.  In fact, in a national comparison of state structural inequities, New York was recently classified as having among the highest structural racism and income inequality indexes in the United States.  Black New Yorkers are more than twice as likely as whites to die in their first year of life, almost twice as likely to not finish high school and almost five times as likely to be incarcerated.  Latinx New Yorkers have an unemployment rate more than double that of whites and have experienced pandemic-related food insecurity at rates three times higher than those of white New Yorkers.  Asian Americans have the highest poverty rates in New York City.  In Manhattan, Black and Latinx children are 10 to 13 times more likely to live in poverty than white children, and Asian children are 5 times more likely to live in poverty than white children.

Enacting new State legislation and rules without first evaluating their potential to disproportionately impact New York’s communities of color only perpetuates such disparities.  Just as our legislators consider the fiscal and environmental impacts of new laws, so too must they examine the potential racial and ethnic impact of all proposed legislation and rule-making activity through the preparation of racial impact statements.  In the absence of such assessment, even legislation that might “appear” race-neutral at face value will, in practice, adversely – and disparately – affect New York’s children and families of color.

By embedding racial impact analysis into our State’s legislative and rule-making processes through the preparation of racial and ethnic impact statements, New York would join a growing rank of states acting to center racial equity in policymaking.  Doing so would also enable our State to build on progress made in advancing racial equity in New York City through such efforts as EquityNYC and the NYC Racial Justice Commission.  Since 2008, 22 states (including New York) have proposed racial and ethnic impact statement legislation and eight states – Colorado, Connecticut, Iowa, Maine, Maryland, New Jersey, Oregon and Virginia – have passed laws requiring racial impact statements in certain circumstances.  However, these impact statements are either limited in the scope and quantity of the legislation they touch, are largely informational, are not publicly available or are only created temporarily as part of a pilot program.  (Read Leveraging Racial & Ethnic Impact Statements to Achieve Racial Equity in All Policies: National Context.)

As no state yet requires the production of racial impact statements for all legislation and rules, New York could lead the nation in aiming towards equity in all policies.  To do so, New York should require all bills and amendments to bills in the legislature as well as all proposed rules to be accompanied by a racial and ethnic impact statement and should consider establishing an independent office to produce these statements.  Furthermore, our State must prohibit the adoption of bills and rules that have the potential to increase racial or ethnic disparities.  Doing so would enable New York to only legislate policies that uplift – not harm – our most marginalized communities.

Undoing generations of institutionalized racism demands our active examination of the role which legislative and regulatory action plays in perpetuating inequality in our State.  The longer we go without incorporating racial and ethnic analysis into our legislative and rulemaking processes, the longer we will continue to pass laws that disparately harm New Yorkers of color – both in the immediate future and for generations to come.  It is well past time for our State to take urgent and decisive action towards the moral imperative of ending systemic racism – and towards creating a more equitable future for New York’s children and youth.

To learn more about CDF-NY’s efforts to incorporate racial and ethnic impact analysis into lawmaking or to join our statewide workgroup, please contact Missy Genadri at mgenadri@childrensdefense.org.