Why We Should All Be New York Child Defenders

By Kercena A. Dozier, Executive Director 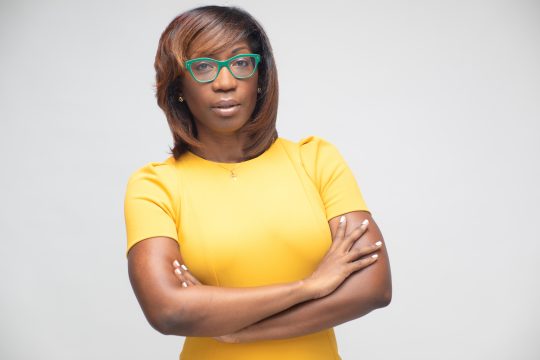 I first heard the phrase “we are the ones we have been waiting for” from June Jordan’s “Poem for South African Women” when Rev. Michael A. Walrond, Jr. (Pastor Mike), Senior Pastor of FCBC in Harlem and new CDF-NY Advisory Board Member, shared those words in a sermon he was preaching. When he spoke those words, they penetrated deep into my psyche and soul. They awakened within me a heightened purpose and power and moral duty and destiny to affect local change.

One of my favorite human beings is the late Dr. Vincent Harding. I had the privilege of briefly meeting him at Highlander Research & Education Center’s 80th Anniversary in September 2012. During the anniversary celebration, he was a part of an intergenerational interview. There, Dr. Vincent Harding also spoke words of a poet who was speaking about political events in Africa. Those words were: “I am a citizen of a country that does not yet exist.” Dr. Harding then went on to challenge us by sharing: “We are citizens of a country that we still have to create—a just country, a compassionate country, a forgiving country, a multiracial, multi-religious country, a joyful country that cares about its children and about its elders, that cares about itself and about the world, that cares about what the earth needs as well as what individual people need.” Marian Wright Edelman, the Children’s Defense Fund’s Founder and President Emerita, spoke about this call to action in her May 2014 Child Watch ® column titled “Dr. Vincent Harding’s Call To Make America America.”

CDF has a new vision statement: “CDF envisions a nation where marginalized children flourish, leaders prioritize their well-being and communities wield the power to assure they thrive.”

A month ago, I started my position as the Executive Director of the Children’s Defense Fund – New York (CDF-NY) and embraced the charge to advance and manifest that vision on a state level in New York. I invite you to join me and CDF-NY’s team in this most human and noble calling. Join us in being a NY child defender by acting in partnership with us to alleviate and end the unnecessary challenges and struggles of the over 800,000 children in our state who are living in poverty in the 14th richest state in our nation that is home to the second largest amount of billionaires in the nation, second only to California. Paraphrasing Dr. Harding, the reason to be a New York child defender is that I am, you are, residents of a New York that does not yet exist and that badly needs to exist. The words of June Jordan, Pastor Mike, the West African poet, Dr. Vincent Harding, Mrs. Edelman, CDF’s new National President & CEO Rev. Dr. Starsky Wilson, and the impacted children of this state are beacons pointing us to the way of creating another New York. We are the ones we are waiting for to create another New York where our marginalized children are free to be children and have a real opportunity to meet their full potential.

I welcome you to this journey of being a New York child defender – a transformational human being and advocate for children – in our policy priority areas of income security, education justice, economic justice, child health, immigration, youth justice, and child welfare.