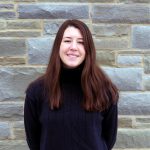 Thanks to your calls and e-mails, the legislature passed and the governor signed into law the Medical Exemptions Only Bill. As a result, New York now joins California, Arizona, West Virginia, Mississippi, and Maine in the fight to protect our nation’s children by only allowing medical exemptions for childhood vaccines.

2019 has seen the highest number of confirmed measles cases in the United States since the disease was declared eliminated in 2000. The issue is particularly acute in New York, where the disease has already affected more than 800 people, the majority residing in Rockland County and Brooklyn. The Medical Exemption Only Bill is a critical step in promoting the importance of vaccinations and ensuring safety for all.

Thank you! We appreciate your commitment to ensuring high vaccination rates in New York State so that we may prevent future epidemics by increasing population immunity.