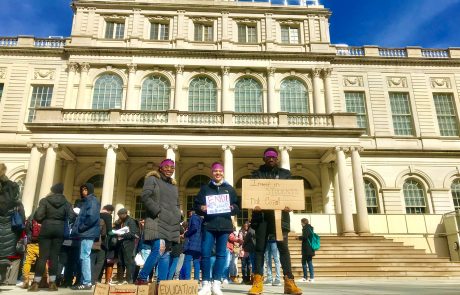 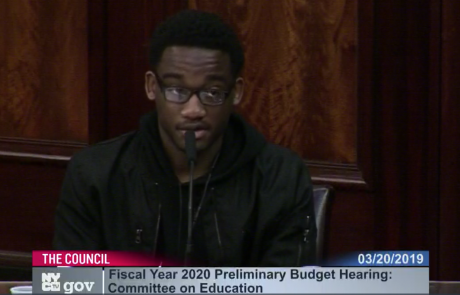 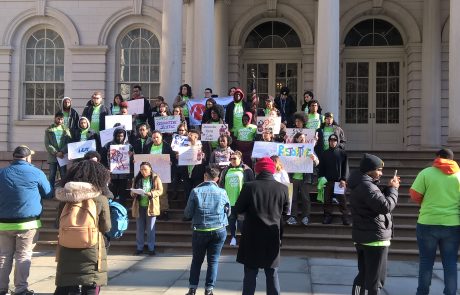 The Dignity in Schools Campaign-New York is part of a national movement to end the school-to-prison pipeline and replace it with an education system that supports alternatives to the culture of zero-tolerance, punishment, criminalization, and oppression found in our New York State public schools. The campaign organizes action from parents, youth, advocates, and educators in New York to transform our local communities and state.

CDF-New York is part of a multi-party coalition attempting to change New York City’s school discipline policies that encourage schools to react to student behavior with punishments such as suspensions and police interventions. According to statistics, more than 73,000 suspensions occurred in New York City schools in 2011. In addition, some 5,200 “school safety agents” have been given the power to utilize arrests and police tactics to police school environments in the city. CDF-New York believes these inappropriate disciplinary actions impacting our nation’s schools create a negative school environment that pushes thousands of students out of school each year across the country, increasing the number of children who drop out or fall behind.

CDF-New York is dedicated to fighting for the human right of every young person to obtain a quality education and be treated with dignity. CDF-New York envisions a public school system that is safe, healthy and dignified, providing all students the opportunity to reach their full potential. Aligned with the Dignity in Schools campaign’s national vision, CDF-New York is advocating for schools in New York State to prevent trauma, repair harm, and promote healing. This includes provisions for equitable resources, culturally relevant curricula, and an end to racism.

For more information on how to get involved in the movement, please contact Charlotte Pope, cpope@childrensdefense.org.