In 2017 there were more than 800,000 children in New York living in poverty with a disproportionate number being children of color. Income supports like Medicaid or the Supplemental Nutrition Assistance Program (SNAP) are important programs that can help lift children and families out of poverty. In New York state, over 1.6 million households use SNAP with children in more than one-third of those households. An estimated 53 percent of public school children received free or reduced price lunches in the 201/17 school year. There is a moral crisis of priorities in New York when there are so many children in need.

The Children’s Defense Fund-New York believes that having the basic necessities of life such as nutritious meals and financial security is a universal human right and something all people concerned with the well-being of children should work to secure.

The Children’s Defense Fund-New York is working with partners to reach a goal of universal lunch and breakfast in all New York State schools. CDF-NY advocates for the full funding of SNAP which serves over 20 percent of children in New York and the continued funding of WIC and other important child nutrition programs for children and families.

CDF-NY advocates for anti-poverty policies like those outlined in the CDF’s groundbreaking report, Ending Child Poverty Now, including ensuring barrier-free access to existing income supports, promoting increased coordination between beneﬁt applications (such as Express Lane eligibility which connects SNAP and Medicaid enrollment), and ensuring the receipt of supports—especially child support—does not negatively affect a family’s access to other needed beneﬁts. CDF-NY advocates for a fairer minimum wage and expansion of educational and employment opportunities for New York’s working youth and families. In a state with a 5.5 percent unemployment rate, where almost 16 percent of workers rely on SNAP to feed their families, these types of policies work toward our goal of protecting all children from the ills of poverty. 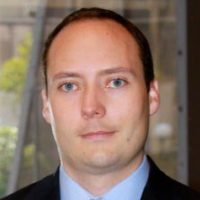