Ongoing changes in immigration policies on the federal level have waged war on immigrant children and families in New York and around the country. Despite New York’s vibrant history of welcoming immigrants and its progressive leadership on issues of immigration, federal actions are forcing immigrants to go underground and live in fear. These harmful policies are having a tremendous negative impact on New York’s immigrant families. There are child welfare, public benefits, health and mental health implications for New York’s immigrant families – many of whom have US citizen children.

The Children’s Defense Fund – New York office believes that all children are children and should be treated as such – regardless of where they or their parents were born. Children should not be separated from their parents, have to live in fear, go hungry or lose health access simply because of their immigration status.

We work to ensure all children in America – regardless of immigration status – have access to what they need to survive and thrive.  To do so CDF-NY believes we must: 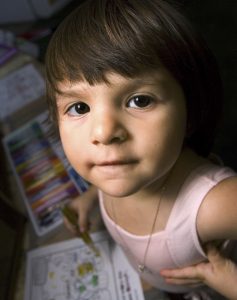