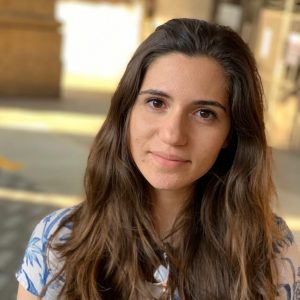 Last week, in a ground-breaking decision, the Supreme Court ruled that individuals who identify as either gay or transgender are protected from workplace discrimination under federal law, known as Title VII of the Civil Rights Act of 1964. The Supreme Court expanded these protections based on its reading of the word “sex” in the law to encompass sexual orientation and gender identity, not just biological sex. This is crucial for employment protections that will have major effects on LGBTQ youth. Even bigger than the workplace changes, the decision promotes a more affirming society, which can support youth to comfortably express their sexual orientation and gender identity, both in work and in our communities.

The language of the Title VII law prohibits discrimination based on “race, color, religion, sex, or national origin.” But, up until this point, courts did not uniformly agree that “sex” meant sexual orientation or could be interpreted to protect transgender people at work. While New York has strong employment protections, many states allow discrimination by employers  on such a basis because courts across the country did not agree that the federal law protected the LGBTQ community. This meant that LGBTQ people could endure workplace discrimination, such as being denied certain employee benefits, getting paid less than equally positioned coworkers, or even be fired for who they are.

The Supreme Court’s opinion grew out of three separate cases in which three people were fired from their jobs due to either being gay or transgender. One of the cases involved a transgender woman who was working for a funeral home for thirty years before her transition. Once she announced her transgender identity, she was subsequently fired. Those who supported the funeral home argued that Title VII doesn’t protect people against workplace discrimination based on sexual orientation or gender identity, and for it to do so would require an addition to the law. However, the supreme court ultimately ruled that “sex” is necessary to the law’s concept of sexual orientation or being transgender, and Title VIIdoes protect against this kind of discrimination. The new rule will impact LGBTQ people across the country including LGBTQ youth, who are employed or looking for employment.

In the United States, 61.8% of youth are employed, and of those, 9.6% of those individuals identified as LGBTQ. These young people will be significantly affected by this new protective interpretation of the federal law. Studies have shown that LGBTQ youth are at a higher risk of homelessness, overrepresentation in child welfare systems, and aging out of the foster care system without a permanent family. These factors are important for understanding the vulnerability, lack of support and limited financial resources available to many LGBTQ youth, and why workplace protections are so important. Equally important is the law’s broader message of acceptance and equality, to which LGTBQ youth are entitled. The law is explicitly stating that LGBTQ people have the right to be free from discrimination in the workforce. This affirming rule can help change discriminatory and hostile views against LGBTQ people in other facets of society.

The importance of the Supreme Court’s decision is what it serves to represent. These new legal protections help to diminish the harsh negative stigma that many LGBTQ youth and older adults must endure. This decision is consistent with what we know: that lesbian, gay, bisexual and transgender people have the right to go to work without hiding who we are. Most importantly, it is one step further in the movement for equal protection of our communities.